September 17, 1941 – September 22, 2022
Captain Ken Menges retired from the Vancouver Fire Department in 1996 after 32 years of service.
Ken was a kind and generous soul who was always eager to help others. He took great pleasure in bestowing spontaneous gifts on family and friends from his bountiful supply of Everything. He could fix or repair Anything.
He loved to fish. When we met in the city and he learned that I was from Campbell River he had hearts in his eyes.
He was also an avid golfer and enjoyed the camaraderie and competition with his Storey Creek and Highland Palms buddies over the years. He scored 9 holes-in-one during his second “career”.
Ken often said he had the very best of all worlds living in The Salmon Capital of the World, fishing in the morning and golfing in the afternoon, spending many winters in Southern California and travelling extensively with Vicki during his 26 years of retirement.
Ken is survived by his beloved wife Vicki, his daughter Katherine Menges, grandkids Erin Lindsay, Jamie Lindsay and Jacob Lindsay, great grandsons Jordi and Drift, brothers Harold (Helen), Raymond (Karen) and sister June (Louis Stefani), sister-in-law Lori Squires (Ross Cunningham) and his nieces, nephews and cousins. Ken is also survived by mother-in-law Anne McCracken and her sisters Jeanne (Ray Rintoul) and Florence Hoskins.
We’ll look for you at the 19th Hole, Ken!
No Service by request.
Donations to Campbell River Hospice Society in Ken’s memory appreciated. 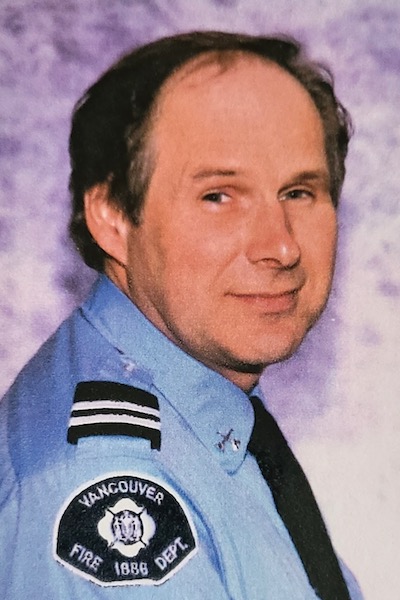